The “us” in Amyx Video & Editing is Tim Amyx, the sole proprietor, principal cameraman and chief editor. Having worked in the field of television, motion pictures, sports and corporate videos, Tim Amyx brings 28 years of experience the table.

Tim is a native of Mill Valley, California and later attended the film school of USC.  Following graduation, he worked in the circles of Hollywood for over ten years, beginning his career in the trailer department with the legendary King of the “B” movies, Roger Corman.  Following his stint as a trailer editor, Tim worked in the editorial circles in television and motion pictures for over 13 years. (Salute Your Shorts, The Rock, Starship Troopers, Stepmom, Mars Attacks, Laugh In’s 25th Anniversary Reunion, Comedy Hall of Fame Tribute to Carol Burnett)

Relocating to Marin County in 1992, Tim juggled a career dividing time to working in the motion picture community of San Francisco, while occasionally commuting to Los Angeles for periods of time.

Amyx Video & Editing was founded in 2002, and since that time Tim has focused his attention on filming, producing, and editing Corporate & personal videos, and company & sports highlights.

All the while, Tim has also raised a family of two daughters, and remain married to his wife for 23 years. (The oldest daughter is a college film student and can occasionally be seen a his side, filming projects)  They live happily in Mill Valley, and vacation yearly in México, the homeland of his wife, and enjoy long summer road trip vacations in their Eurovan. (See below for 90 second video of Eurovan Summer-Road Trip) 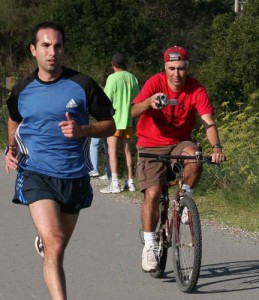